To better understand the movements of Swamp Wallabies along Merri Creek I mapped these sightings as best I could (they are in red in the map on the right from Google MyMaps).  I included reports from the Victorian Biodiversity Atlas (there were only a few).  I also approached Wildlife Victoria, who kindly provided details of reports to them of Swamp Wallabies in suburbs adjoining the lower Merri Creek.The Wildlife Victoria data points are purple.

I also searched through Merri Creek Management Committee's fauna sightings records; these are shown in green.

The map provides some fascinating insights.

Visiting the Killawarra section of the Warby-Ovens National Park I finally understood what the explorers meant by saying the forest was like an English Garden.

Buffel Grass changing the ecology of the West MacDonnell Ranges

I recently returned from walking the Larapinta Track west from Alice Springs in the Tjoritja West MacDonnell National Park.  One issue stood out above all others in terms of the ecological management of the park.  Buffel Grass.

Buffel Grass was originally introduced into the NT inadvertently by the Afghan cameleers - it had been used to stuff the camel saddles (or at least this is what the guides on the walk told me).  Subsequently, graziers in the north introduced several other Buffel Grass species.  Buffel Grasses are ideally suited to spreading in the dry parts of Australia.  They are deep rooted, resprout after fire, seed prolifically, germinate quickly, the seed has comb-like appendages which means in blows in the wind and can easily hitch a ride on a passing animal, and they are competitive with many of the sparser native grasses.

Unsurprisingly Buffel Grass grows better along the sandy creeklines than the driest slopes of the ranges.  Indeed it grows so well in these locations that it creates an almost continuous cover, excluding native grasses, and building up a heavy fuel load of dry dead leaves around the base of each plant.  This means, much more than any indigenous grass, that Buffel Grass creates more intense fires, and leads the fires along watercourses.  There was plenty of evidence of this that I saw on the walk from the fires that burnt roughly half the park in January 2019.  And distressingly, the creek beds are where almost all of the hollow-bearing trees are, and many of the oldest trees in the burnt areas were burnt to almost nothing but a pile of white ash.

Do we have a Prickly Pear problem on Merri Creek?

I used not to think so, but I'm starting to think we do have a problem.

Most people are familiar with the edible prickly pear, which has large paddle-shaped "leaves" (they are actually flattened stems) with small prickles.  Many don't realise that there are lots of prickly pear species.  Some species have enormous (5cm long) needle sharp prickles, and some have lots of very fine prickles (glochids) that break off if the plant is disturbed and blow around, and if you get them on your skin they can cause nasty sores.  If you breathe them in... well... Just dont.  Serious injuries can occur through contact with prickly pear.

In Australia twenty-seven species of prickly pear and similar cacti (the "Opuntiod" weeds) are recognised as Weeds of National Significance, and are some of Australia's worst weeds.

I have started mapping prickly pear species on Merri Creek.  This has been helped enormously by going to the Opuntioid Weeds Workshop held on 14 May, and learning to recognise the species. Along with other participants in the workshop I was given two fantastic resources - a field identification guide for opuntioid weeds, and a management guide for Opuntioid weeds.

I have to say I have been shocked by the number of species of prickly pear present along Merri Creek, and I have only surveyed from the Yarra River as far upstream as North Coburg.  I know there is worse in Fawkner and Reservoir.  So far I have found 6 species in 30 occurrences.

Read more: Do we have a Prickly Pear problem on Merri Creek? Add new comment 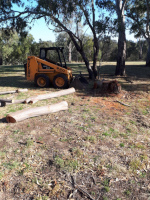 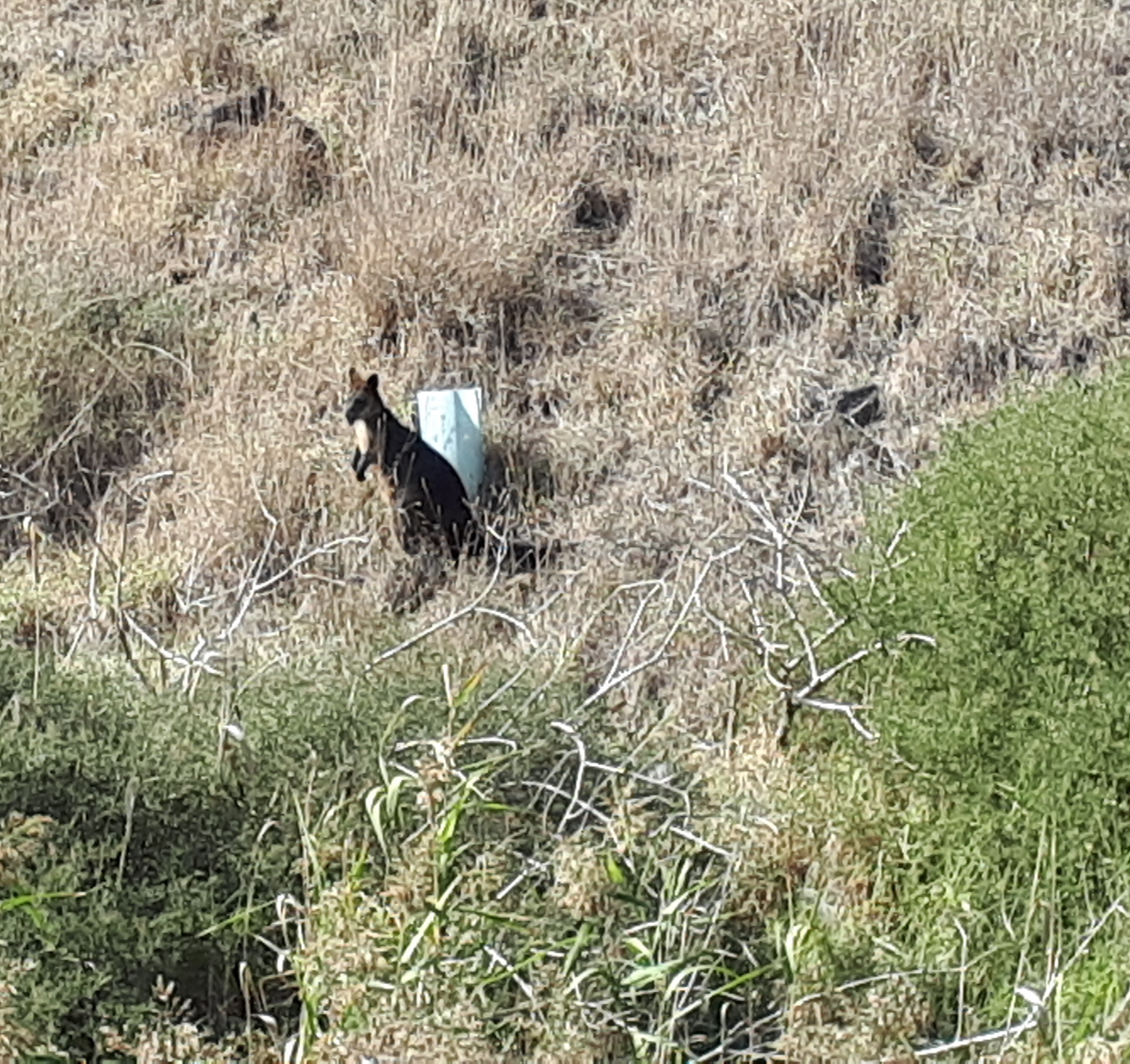 In my recent walks along Merri Creek and Yarra Bend Park I have seen three Swamp Wallabies.  Two were in the inaccessible western bank of Merri Creek in southern Reservoir, and one was in Yarra Bend upstream of the Studley Park Boathouse.

I find it very exciting to think that the two wallabies (definitely different individuals) I saw in close proximity in Reservoir are evidence that there is a breeding population there.  I am sure there is in Yarra Bend, and has been for some time.

30 years ago, when I started on Merri Creek restoration, I imagined that getting large ground mammals back along the Creek was fanciful.  Surely I thought, with cars and dogs and narrow links along the Creek at major road bridges there was no chance.  There you are, I was clearly wrong, as there is a reproducing population of Eastern Grey Kangaroos at Ngarri-djarrang, a grassland reserve along Merri Creek's tributary Central Creek, and now I believe there is a breeding population of Swamp Wallabies.  What is their future?

On my walk along Merri Creek today I observed and reported another 4 drains which to me looked like they were running with water from a burst water main. The water was clear, flowing profusely, not smelling like a sewer, but perhaps with a hint of chlorine. This is in addition to the one I reported in January which as of writing hasn't been fixed.

I suspect these leaks generally go under the radar because the water is flowing underground into a drain and then into Merri Creek, and so not causing local chaos. Leaks bubbling up in a road or someone's front yard are much more likely to be reported and promptly fixed.